Born in 1966, Ian Meakin obtained his BD (hons) and AKC from King’s College, London, his Dip. Law in 1990 and passed his Bar Finals at the Inns of Court School of Law following which he was called to the Bar of England and Wales in 1991 by the Honourable Society of Gray’s Inn where he was a Karmel Scholar.

Ian first worked in Geneva at Lalive & Partners (1992-1996) and at Mégevand Grosjean Revaz (1996-1998). In 1998 he co-founded Bonnard Lawson, an international law firm in Switzerland with offices in Dubai, Shanghai and Hong Kong. Ian left his position there in August 2021. He retained a door tenancy at 2 Temple Gardens in London until 2005 and then joined XXIV Old Buildings as a full tenant (London and Geneva) where he has been ever since. He joined Eardley Avocats in Geneva as of counsel in August 2021.

Ian covers the following jurisdictions: International arbitration:  Switzerland, England and Wales, the Netherlands, UAE, France and India (as chairman, arbitrator and counsel); FIA Court of Appeal (Paris, Formula 1) (as counsel); the Court of Arbitration for Sport (Lausanne) (as counsel); Litigation: all courts in England and Wales but particularly the High Court (the Queen’s Bench Division and the Chancery Division); off-shore litigation centres on an ad-hoc basis for trusts as well as the courts of Switzerland, France and Tanzania.

Ian has a broad commercial, commercial chancery and chancery practice, both contentious and non-contentious. He has handled arbitrations as arbitrator for billions of dollars (e.g. IPOC) and acted as lead counsel in arbitrations worth tens and hundreds of millions. Instructed by counsel internationally, but in particular from England, Italy, Switzerland, UAE, Russia, China, the US, Holland and the off-shore jurisdictions to act as an advocate in international proceedings.

Chambers and Partners: International Arbitration and Insurance: Legal 500 International Commercial Arbitration; Media, Entertainment and Sport: “He is a great team player. He is a highly persuasive advocate, in particular before tribunals comprising continental European arbitrators. He is a highly respected member of the Swiss arbitration community and a first port of call for English law disputes in Switzerland.” “A Formula 1 expert who frequently acts in highly contentious matters, including the motorsport industry… He has excellent advocacy skills and is excellent at cross-examining witnesses.” 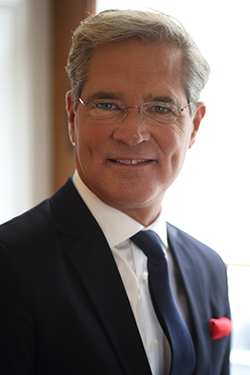