In 1979, he interned at a Solicitors’s firm in London, and with the Union Bank of Switzerland in Geneva.

Mr. Eardley then joined the Firm Oltramare & Hochstaetter and became a partner in 1981.

He advises and represents clients both domestically and internationally.

On an international level, he is a member of Intercounsel (a club of independent lawyers practicing on five continents).

Honorary Consul of the United States of Mexico in Geneva (1990 to date). 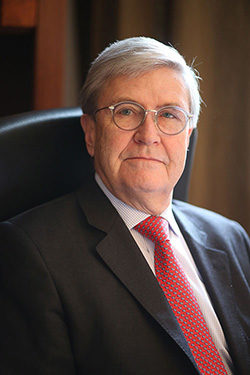